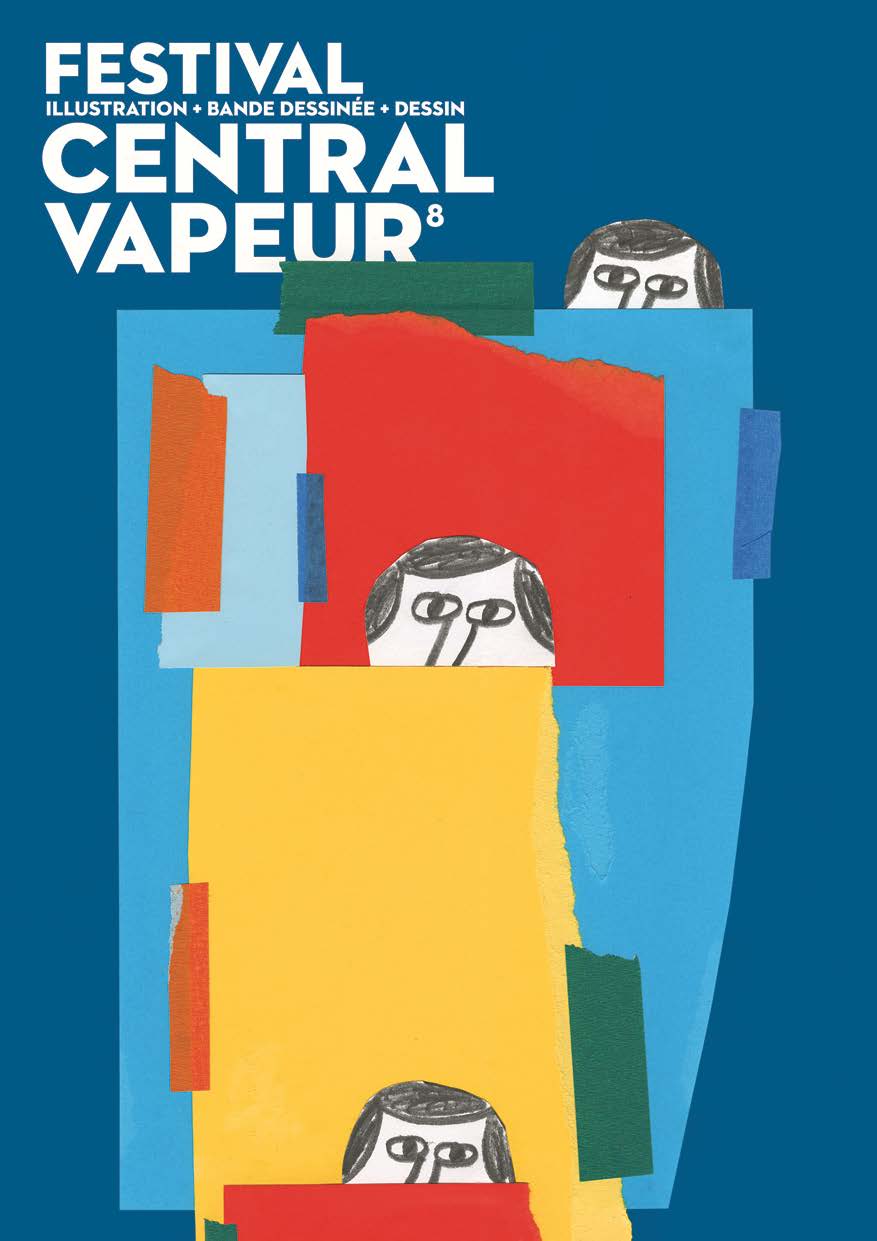 The festival treacherously organizes a British invasion in 2018, before Brexit complicates everything. It starts with an eccentric Dialogue de Dessins (Drawing Dialogue) with three illustrators, including a Scottish Englishman, Marcus Oakley. This exhibition will mark the opening day of the vernissage of the Rencontres de l’Illustration of Strasbourg, form Thrusday 15th March.

It continues with an exhibition of the most British Laxovian illustrators Peter Allen, with a Pro session in partnership with the Association Of Illustrators, and a publishing fair which will bring together international illustrators like Nobrow and artists like Dominic Kesterton.

Vincent Vanoli will make a return on his years across the Channel with an exhibition, while college and high school students of Alsace will be invited to a postcard contest “So Bitrish” organized by the Academy of Strasbourg, Topo magazine and Central Vapeur, which will expose them during his publishing fair.

Established in the Salle de la Bourse for the first time, the publishing Fair will also welcome the Danes of the CPH Zinfest, our more or less counterpart of Copenhagen, the universal minimalist José Parrondo, the Dernier Cri that who will also exhibit posters and serigraphies at AedAen, 10 years after coming to Molodoi, with Juliette Etrivert. There will also be Sandrine Thommen’s youth exhibition, Adrià Fruitos’ drawings for the press, and the collective exhibitions : CALC, Mökki, L’Ennui… And the final touch of the Diamond, with the vernissage in extremis of the exhibition Fabio Viscogliosi & Luca Retreat. Gourmets will not miss Friday’s Battlestar with guests from far away and a beer labels illustrations contest (ended January 4, 2018).

The association is made up of publishing collectives, independent authors, cultural actors from Strasbourg and the Region.

Since 2010, it participates in the development and structuration of illustration, comics and contemporary drawing through the organization of events and the networking of energies at both local and European Level. Since September 2015, it offers a professional consulting service : Central Vapeur Pro.

For more information, to join, to adopt : centralvapeur.org

Independent publishing is available in SMEs, associations, micro or self-publishing collectives. Whether it makes wished of rigor or is dedicated to chaos, it is in Alsace, France, and elsewhere, a privileged space of creative freedom. Youth albums, abstract drawings, delicate objects, silkscreened posters, comics fanzines or publications not to put in any hands, all the trends of the independent edition of the graphic arts are represented. We chose our guests with care: come meet them and discover their creations.

IN PRACTICE
Admission is free, but if you want to buy books or posters, you can not do it in CB, payment by cash or checks only. If you do not want to buy anything, it does not stop you from flipping through, reading, asking questions, or participating in workshops.

BASKET WEIGHTS
Each publisher or collective present donates one of its editions to form a basket garnished which we must guess the weight. Make your bets at the Salon’s reception!
Result Sunday at 18h, absentees will always be wrong.

A selection of the postcards contest organized by the DAAC Cultural Action of the Strasbourg Academy, the magazine Topo and Central Vapeur, aimed at middle and high school students, is presented at the show.
The 5 prizes will be awarded Sunday at 18h.

TIME OF THE TALE

Complexed by drawing? Amateur beautiful pictures? Professional visual arts? Come play the game with CALC! From the Arabic phone designed to the collaborative leporello, the Strasbourg collective offers you various fun constraints to free your creativity and consider drawing in another way.
All public, upon registration at: calc@centralvapeur.org.
2 x 2 workshops of 15 people maximum.
Free price.