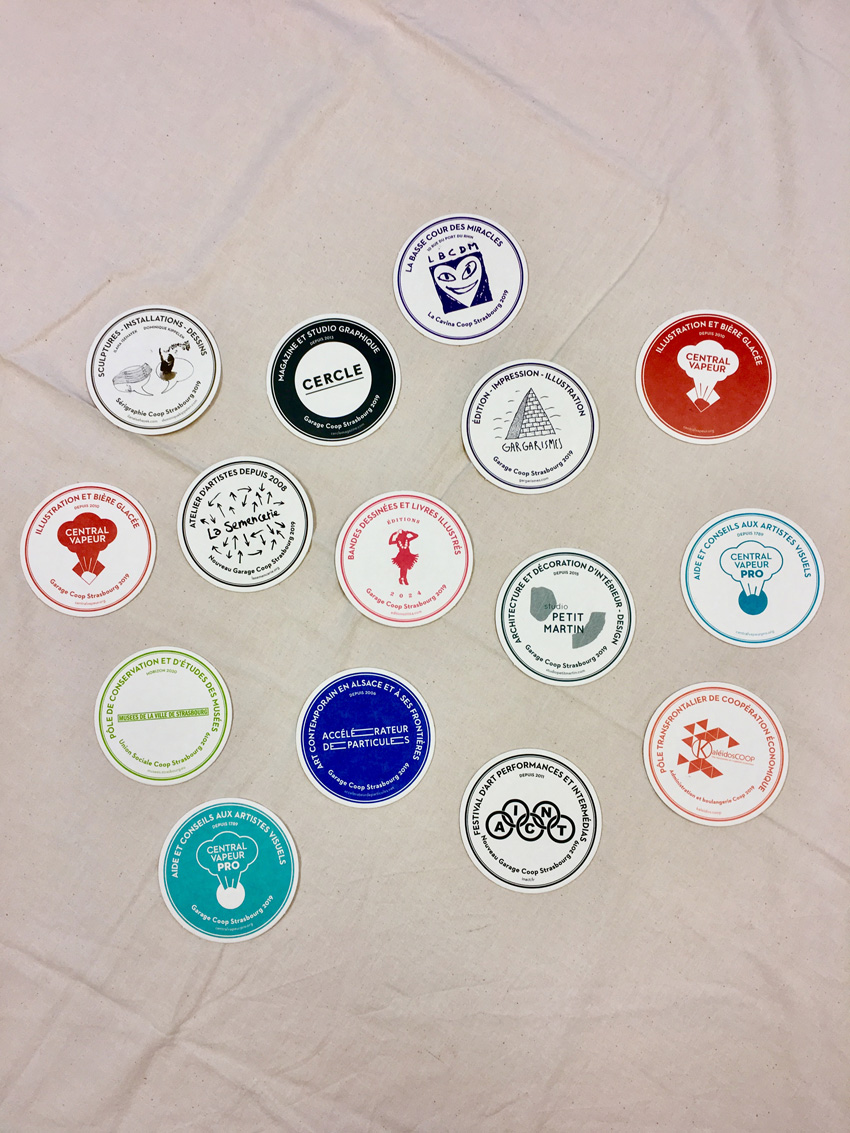 In 2019 Central Vapeur will move into the former Garage of the Coop, once a wasteland of the Rhine Port rehabilitated by the city of Strasbourg.  In order to foreshadow the cultural, creative and social site of the Coop, the city has invited the future tenants to present themselves at the Street Bouche festival.


2019 Move
Central Vapeur and the Rotonde will be moving to the Coop in 2019 after the call initiated by the city at the end of 2016. Together with the artist’s workshops of the Semencerie, the Rotonde will be settling in the old garages and the house next to it. They will both be sharing an exposition hall of 300m2, a space for storage, manufacturing workshops (studio Petit Martin, 2024, Arachnima), screen printing (Gargarismes), animation (Nojo), a showcase for designers (IDeE) and a joint space for illustrator workshops. On the floors above there will be the offices of Accélérateur, Central, Cercle Studio, Sonia Verguet, Sébastien Poilvert…

Coop 2019
Until the construction works make the site impracticable, the city has taken the opportunity to prefigure what the Coop will be like with the StreetBouche festival. There, you will find those who forme La Rotonde and the Semencerie, but also historic residents like the Basse Cour des Miracles, the Meyer brothers, parachuted institutions (a very large bearer since) like the reserves of the Museums of Strasbourg, the future pole of social and solidarity economy Kaleidoscoop, the Ateliers Éclairés led by AV Lab, the SPL of Deux-Rives which manages the site and project…
The complete program: download depliant_coop_2019-2

What about Coop 2019?
A screen printing demonstration is programmed on Saturday 16/09 from 15h to 18h under the rule of Gargarismes and its headmaster, Pierre Faedi.
The Coop 2019 bar is held by our volunteers and friends of Accélérateur de Particules and we serve the drinks provided by the festival. If there will be any profits we will keep them for our future actions. We also made pretty coasters (thank you to our trainee graphic designer Pauline Vasseur for the formatting during the summer!) for all the structures participating in the event.