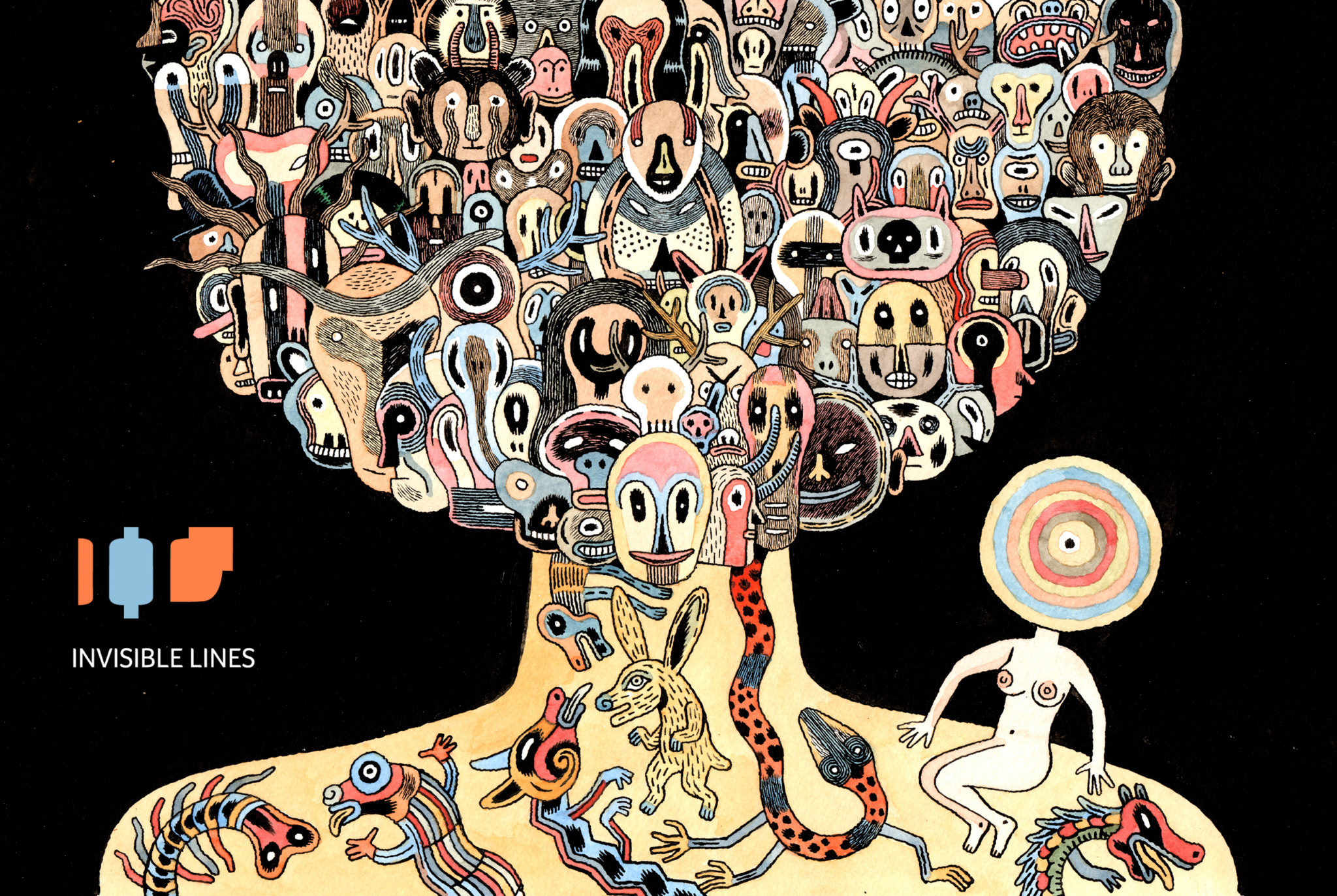 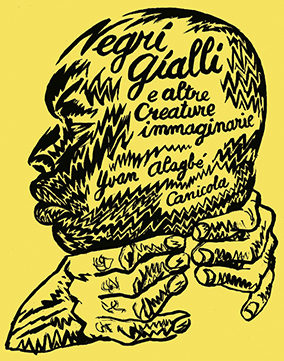 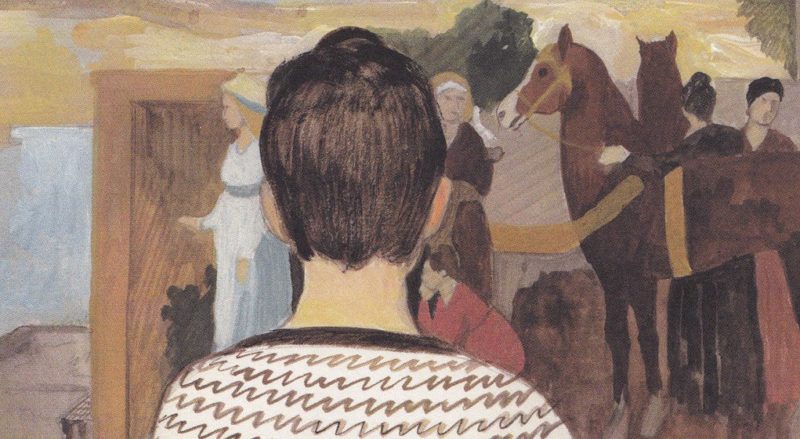 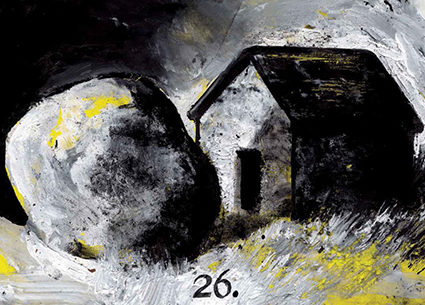 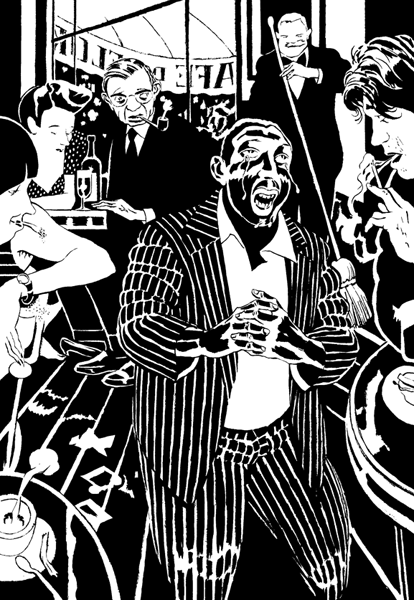 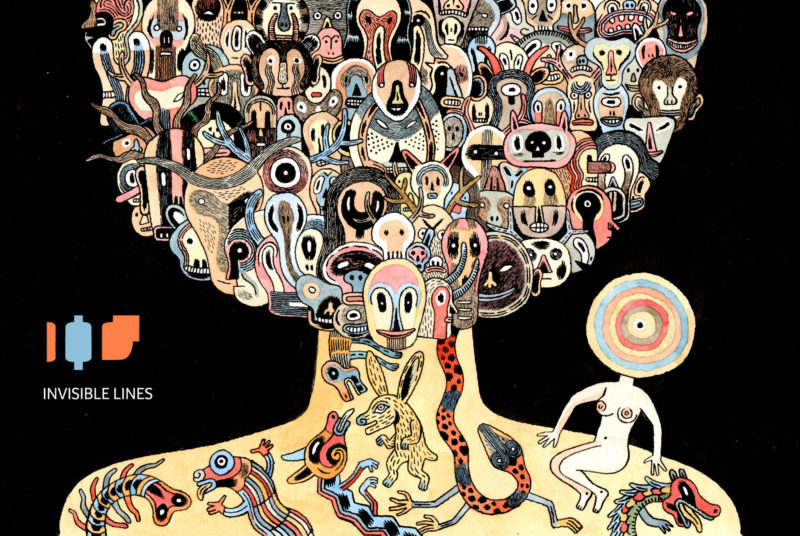 Central Vapeur participates in a Creative Europe programme that will bring twelve young illustrators on a journey through Europe !

Twelve young artists from seven countries travel across Europe for a year-long training course on comics with authors such as José Muñoz. They explore the paradox of how to draw the invisible. The course is structured around three workshops, two webinars and three exhibitions, which will take place in Strasbourg, Tàbor, Bologna and Venice.

Twelve participants : young illustrators from all over Europe

A jury, composed of three masters of illustration: Yvan Alagbé, Stefano Ricci and Juraj Horvàth, and members of the four structures, met in Bologna last February to select the twelve participants among the more than 400 applications received.

Among them, there is Leopold Prudon, former student of the HEAR, and of the Estienne school in Paris, Clara Chotil, graduate of the ENSA in Paris, but also participants from all over Europe : Sweden (Bim Eriksson), Germany (Mia Oberländer), Italy (Marco Quadri, Elena Pagliani and Omar Cheikh), Belgium (Lisa Ottenburgh and Lode Herregods), Czech Republic (Barbora Satranská, Lucie Lučanská) and Poland (Katarzyna Miechowicz).

Their work and portfolios can be browsed here :

In Strasbourg, the Franco-Beninese cartoonist Yvan Alagbé will be the mentor of the Borders workshop which will take place from 5 to 8 July 2021.

Yvan Alagbé was born in 1971 in Paris. He spent part of his childhood in Benin, before returning to France to study mathematics and physics. There he met Olivier Marbouf and together they founded the association Dissidence Art Works, through which they published the magazines L’oeil carnivore and Le Cheval sans tête. In 1993, they published their first comic strip, Ville Prostituée, and a year later, they created their first publishing house: Amok which, by merging with the Belgian association Fréon, would later become Frémok, one of the most important comic strip publishers in France.

Alagbé’s comics, Nègres jaunes et autres créatures imaginaires (Frémok, 2012), were published in the United States by New York Review of Books in 2018. Since 2019 he has been teaching illustration at HEAR, replacing Guillaume Dégé and Claude Lapointe.

He invited José Muñoz, Argentinean cartoonist, winner of the Grand Prix de la ville d’Angoulême in 2007, and a major figure in the history of comics, to join the workshop. The cartoonist is known for his series Alack Sinner, written in 1975 in collaboration with the Argentine writer Carolos Sempayo. In 1978 he joined À suivre, a black and white comic strip periodical, of which he became one of the emblematic figures. Since 1999, he has published a series of collections of texts and drawings, such as Féminin Pluriel in 2002 and Faubourg Sentimental in 2006. He has also designed several posters and covers for books and the press.

Stefano Ricci is the mentor of the Revelation workshop in Venice. His work oscillates between art and comics. He works for leading magazines and newspapers such as Frigidaire, La Repubblica, Libération and many others. He teaches comics and contemporary graphic design at the École Européenne Supérieure de l’Image – EESI in Angoulême (FR), at the University of Udine and at the Accademia di Belle Arti in Bologna (IT).

The Italian cartoonist Manuele Fior will also join the workshop in Venice. He graduated from the IUAV University of Venice in 2000 and in 2011 won the Best Album Award at the Angoulême Festival for Cinq mille kilomètres par seconde. Manuele Fior is also known for his album Entrevue, published by Futuropolis in 2013, and for Celestia, published in 2020 by Atrabile.

In the Czech Republic, Jurat Horvàth leads the Landscape workshop. He studied at the Academy of Arts, Architecture and Design in Prague in the illustration and graphic design workshop. He received the Most Beautiful Book award for his book Stories from the Steam Baths at the Leipzig Fair in 2001.

In Strasbourg, the participants will work on the theme of crossing borders – physical, but also cultural or psychological borders – based on the stories of three refugees. They will be asked to read their testimonies, listen to them, and exchange with them.

The artists will draw stories in black and white, inspired by the stories they have heard and the people they have met.

The twelve participants and the three refugees will then be joined by eight other artists selected by Central Vapeur, to participate together to the 24 hours of illustration from 9 to 10 July, where the group will work for 24 hours to create and design posters related to the workshop.

In Venice, the artists will visit the Giorgio Cini Foundation, which promotes a dialogue between knowledge and aesthetic production. They will be invited, within the Revelation workshop, to bring out personal epiphanies through their drawings.

Landscape in the Czech Republic

The artists will hike in the Sudetenland region in order to try to understand the testimonies of these places (whether from a historical, social or mythical point of view) and to retranscribe through drawing the stories of the people they meet on their way.

The productions from each workshop will then be exhibited at the Central Vapeur festival, BilBOlbul in Bologna and the Tabook Festival in Tàbor.

To improve the capacity of comics artists, illustrators and professionals by developing new skills in the fields of digital media, audience development and internationalization of the market, Invisible Lines also organizes a cycle of public webinars and seminars aimed to artists and cultural operator, and a final conference in Venice which will host scholars and artists and their take on the invisible. The webinars are intended for artists who wish to learn more about European copyright rights, international markets and self-promotion. Video recordings and handbooks will remain available after the project ends.