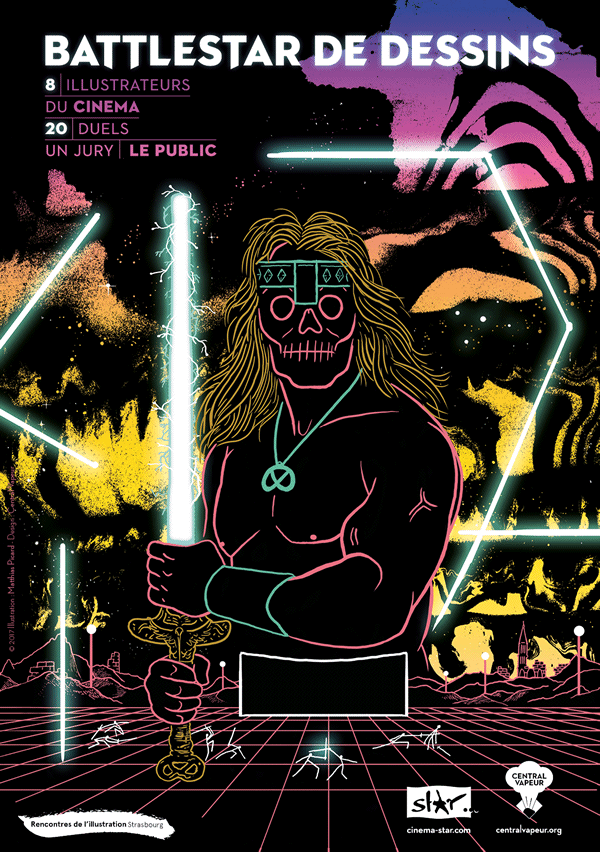 A cinema, 8 illustrators competing, 2 drawing tables facing the public, a wide-screen showing the action on both drawing tables simultaneously, between 1 and 3 minutes to win the round, a public jury armed with voting cards and an all-powerful judge. The drawing challenges are open to all whether film buffs or not,they create a new relationship between film and illustration, not always for the best… From the qualifying sessions to the finals in three rounds, a terrifying fight to the death.
9,10€
6,90€ reductions + members + cartes star