CV PRO informs and offers support and advice to creatives in illustration and graphic arts. It has developed a range of tools to meet the needs of practising artists such as legal advice, accounting, information about pricing, contracts, healthcare and pension funds… CV Pro builds upon the work carried out previously by the professional body GRILL whose members continue their work through Central Vapeur Pro.
Join CV Pro here centralvapeurpro.org or at the book fair in the entrance hall.

Sascha Hommer is a german author of comic books and freelance illustrator living in Hamburg. Born in 1979, he was a pupil of Anke Feuchtenberger and is an important contributor to the german underground comic book scene. For over ten years he has been the editor of Orang, an anthology of comic books and his work is mainly published by Reprodukt. Many of his books have already been translated into french, notably Insekt (Sarbacane, 2007) and Four Eyes (Atrabile, 2013). In 2013, L’Association translated Dri Chinisin, a personal adaptation of the work of the german writer Brigitte Kronauer.
Chaired by Benjamin Caraco
In partnership with the Institut Goethe & the bibliotheques de l’Université de Strasbourg

Benoît Jacques draws, engraves, sculpts, builds and makes objects, books. How can he be best described? Comic books author, illustrator, artist? Creator? Questions that can be put to him about his operating on the fringes of the publishing world, his drawing, his printed works, the wide range of his interests that cover an incredible diversity of forms from his books, to his numerous exhibitions of drawings and sculpture – not to be missed!
Chaired by Frédéric Verry 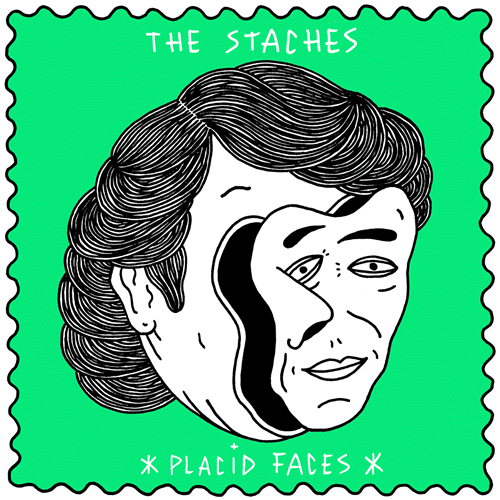 Ladies and gentlemen, look out, hide yourselves in the garage, we’re turning up the volume : the Staches are on the loose. They play loud and fast. Very loud. Very fast. DIY fans (they design their own album sleeves), the rock foursome – two blokes, two girls, a maximum lo-fi potential – ride the red light and onto the swiss autobahn, fullspeed into the tunnel of sound and out, hellbent for Strasbourg, the gas pedal and the volume turned up to max on the old car radio. The Staches cruise on to Central Vapeur where Panimix has invited them, but are bombing along so fast that they nearly miss the turn off and miss the warm up band (still a secret). But what’s with the tearing about like that? Have they swallowed a Riot grrrl ? The Staches : lake Geneva is on fire !+ Baked Beans (Garage / Rouen)
on the door 9€/5€ members
advance tickets on sale in book fair+ boutique Zut ! : 8€/4€